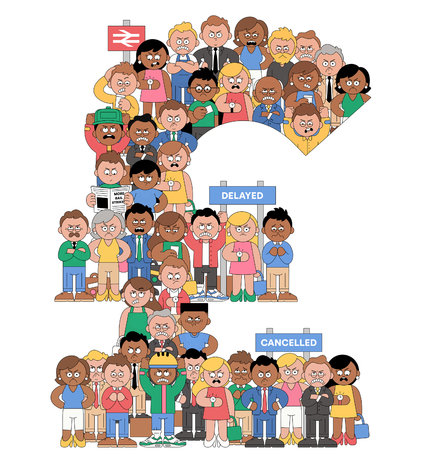 LONDON — If how the railways run is a guide to the state of a nation, then it tells you something that Britain is in the middle of its biggest railway strike since 1994. Not coincidentally, that was the year the national rail network was privatized by the Conservative government of Prime Minister John Major.

A labor dispute has been simmering for nearly a year on the routes managed by Southern, a train operator that, as the name suggests, runs crucial commuter services between London and the South Coast. In December, the crisis escalated when around 1,000 train drivers joined in a strike action against Southern’s parent company, Govia Thameslink Railway, whose network also includes the Gatwick Express airport line.

In one day, about 300,000 passengers had their journeys delayed and disrupted. The strike action has been repeated every month since, including a networkwide stoppage expected this week. Together, the long-running battle between rail unions and the company is estimated to have cost Britain’s economy £300 million (about $375 million), and has even hit house prices in the region.

The details, of course, are local, and may even seem parochial. The dispute centers on Govia’s plan to remove guards from trains. The unions believe this would threaten not just jobs but also the safety of passengers. The industrial upheaval on a rail artery critical to one of the world’s largest economies tells a story that transcends borders, however: of the perils of introducing market ideology into key public services, a project driven not by the needs of passengers but by uncompromising dogma.